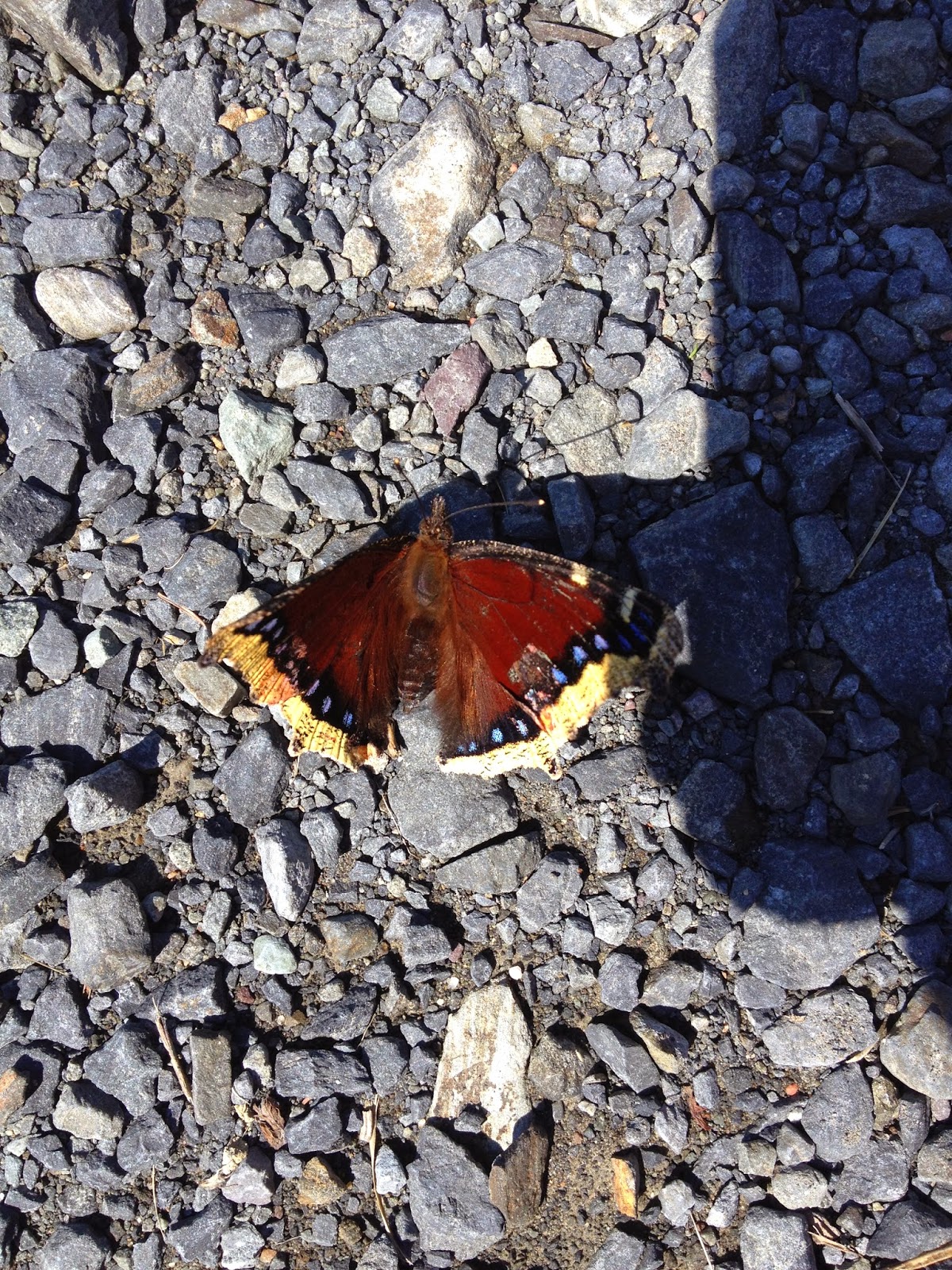 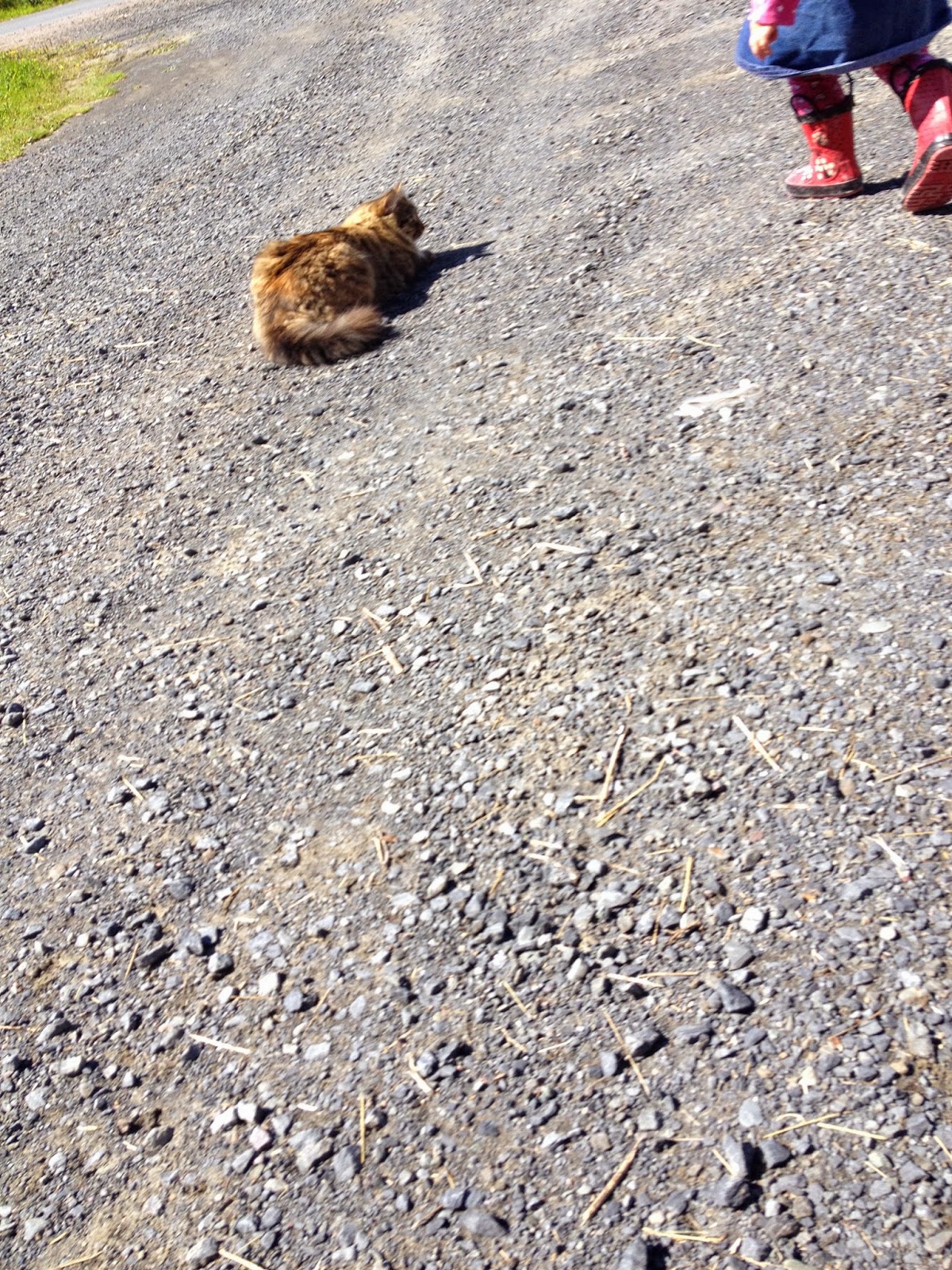 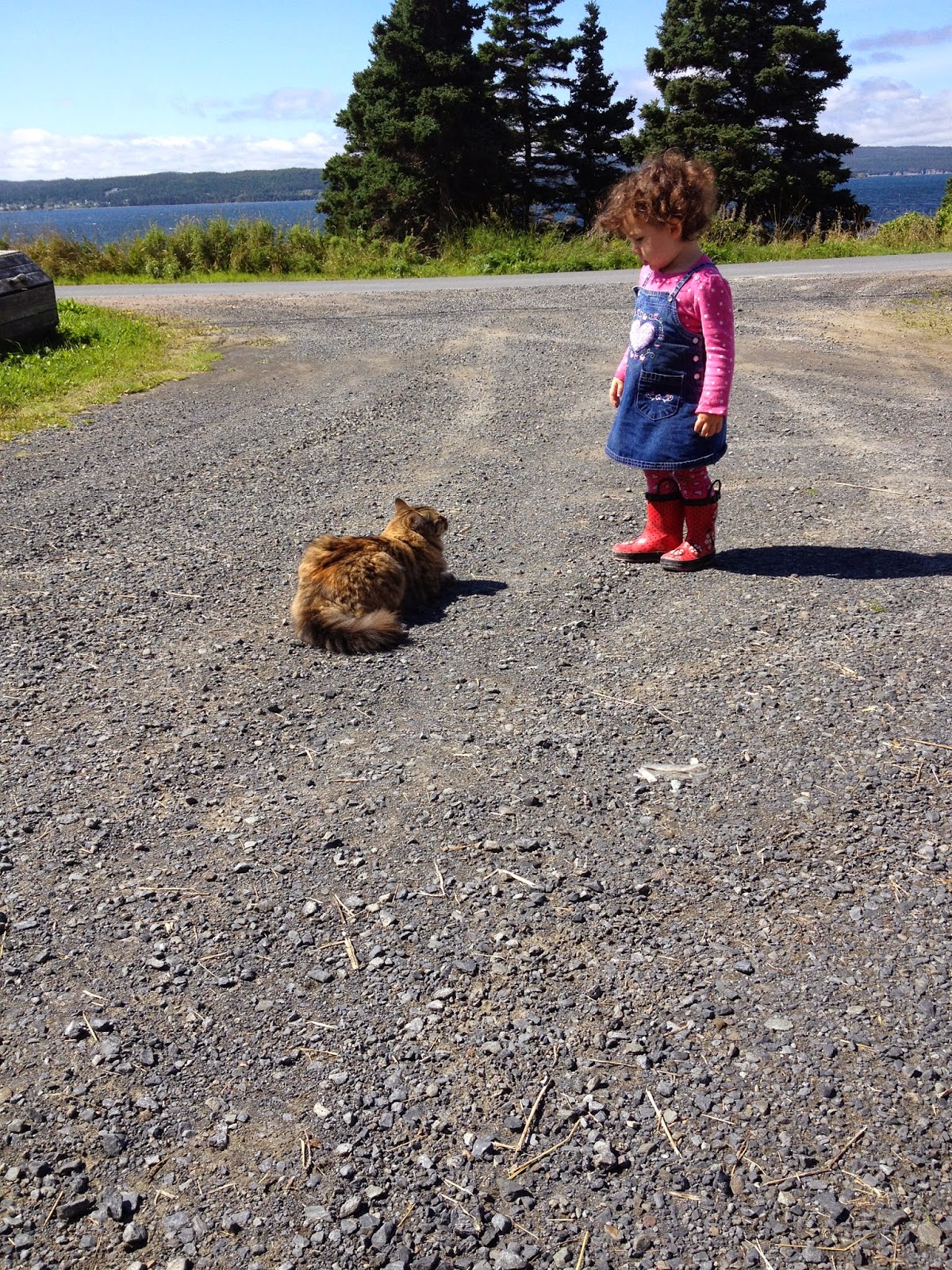 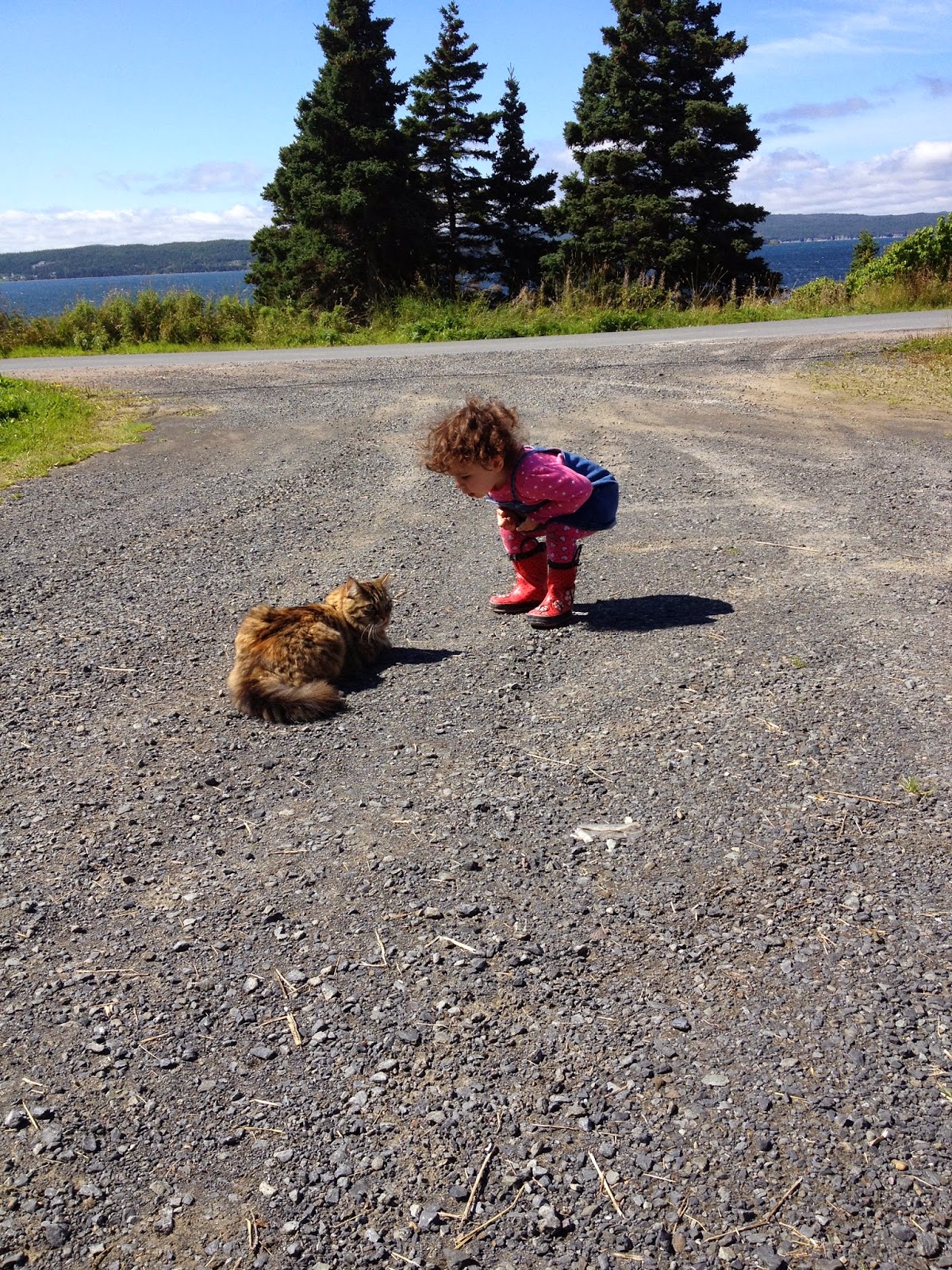 Ah, a delicious morsel.  Nature is full of beautiful (like me), and delicious things (like bugs). Butterflies have the best of both worlds.  They are both lovely to look at, and their wings give them the gift of flight, which adds the third dimension in tracking.  Capturing bugs is great fun, but butterflies, though slow, allow an athlete like myself to test their jumping capabilities.  This particular butterfly looked slightly worse for wear, however, I wouldn't exactly call it shabby. I pounced on it just as it took wing, easily detaining it under one paw.  It struggled feebly.  Perhaps this one would not give me as good a work out as I had first believed.

It was upon my landing that the mini human came onto the scene.  It watched as I held the butterfly, but not speaking with the same efficient squawking and guttural sounds as the larger humans, the conversation that followed was really quite one-sided. It simply bellowed "No!" I was familliar with the "no" word of the humans.  It was how they communicated when I use the potted plant as a litter box, (sometimes one desires some variety), or when I chew the yummy snake-like things connected to their electrical gear.  (I do love those lap-top things, they are so warm to lie on, especially when they are opened).  At this point, I took it upon myself to play coy.  No what? I thought at her loudly, No, don't let it suffer?  No, don't let it go?  No, don't let it live?  She stared at me, and only said "No!" again.  Alright, I acquiesced, have it your way. I gobbled it up in two seconds flat and licked my lips.

I believe there is a slight chance that I misunderstood, for the mini human stooped down smaller than it normally is, and repeated the "No!" word it is so fond of.  This time it came at much greater decibels and in a much higher tone.  I took my leave then, with ringing ears.  I glared at the large human to open the door for me so I could get some water to wash it down with.  Nothing ruins a meal like annoyingly loud conversation in close proximity. Still, I felt bad about the little misunderstanding.  Clearly, it must have meant No, don't eat it all yourself.  Next time I feast on a bug or rodent, I will be sure to leave some for it, so it doesn't feel left out.  But until the next one...feed me.