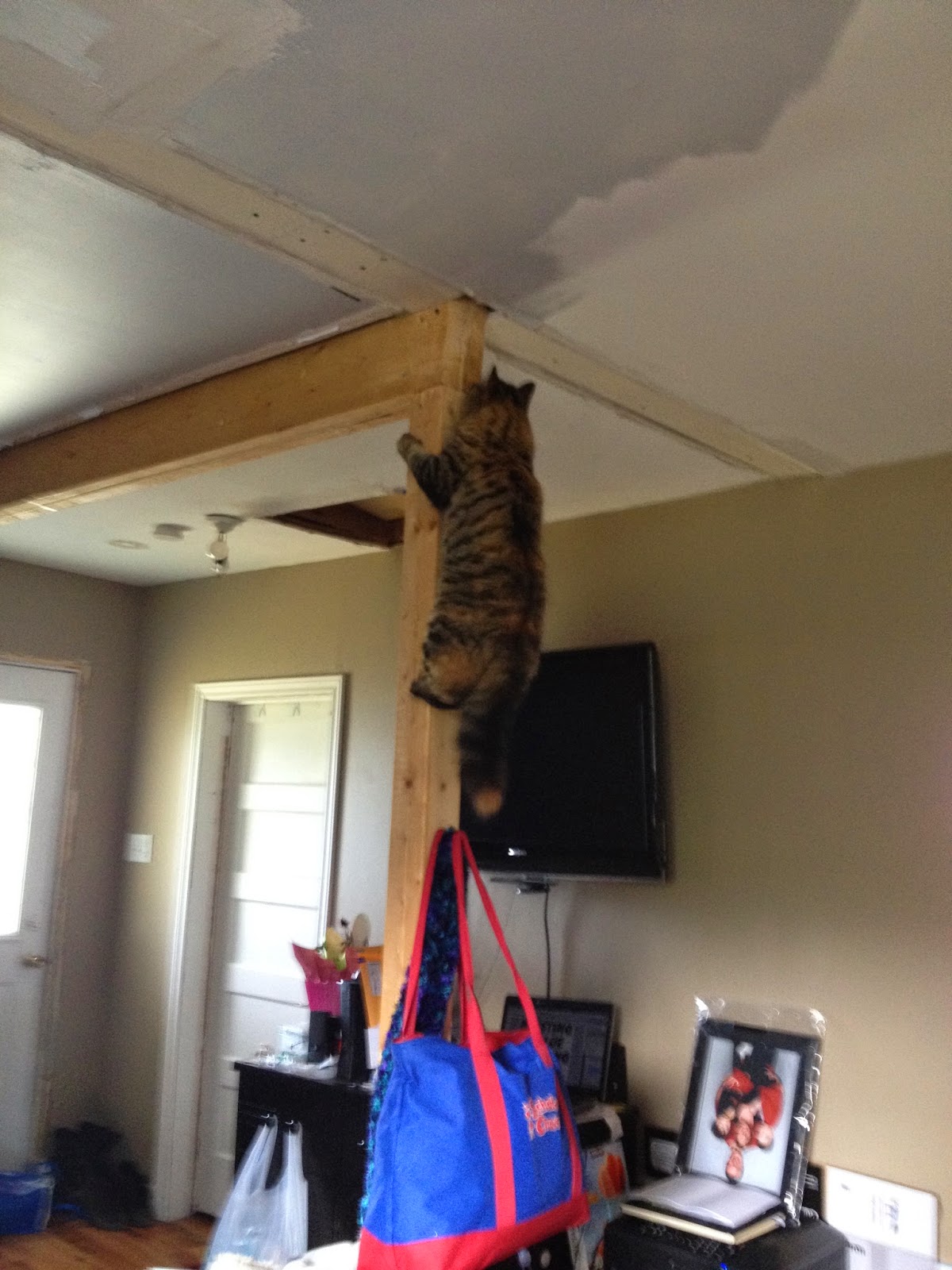 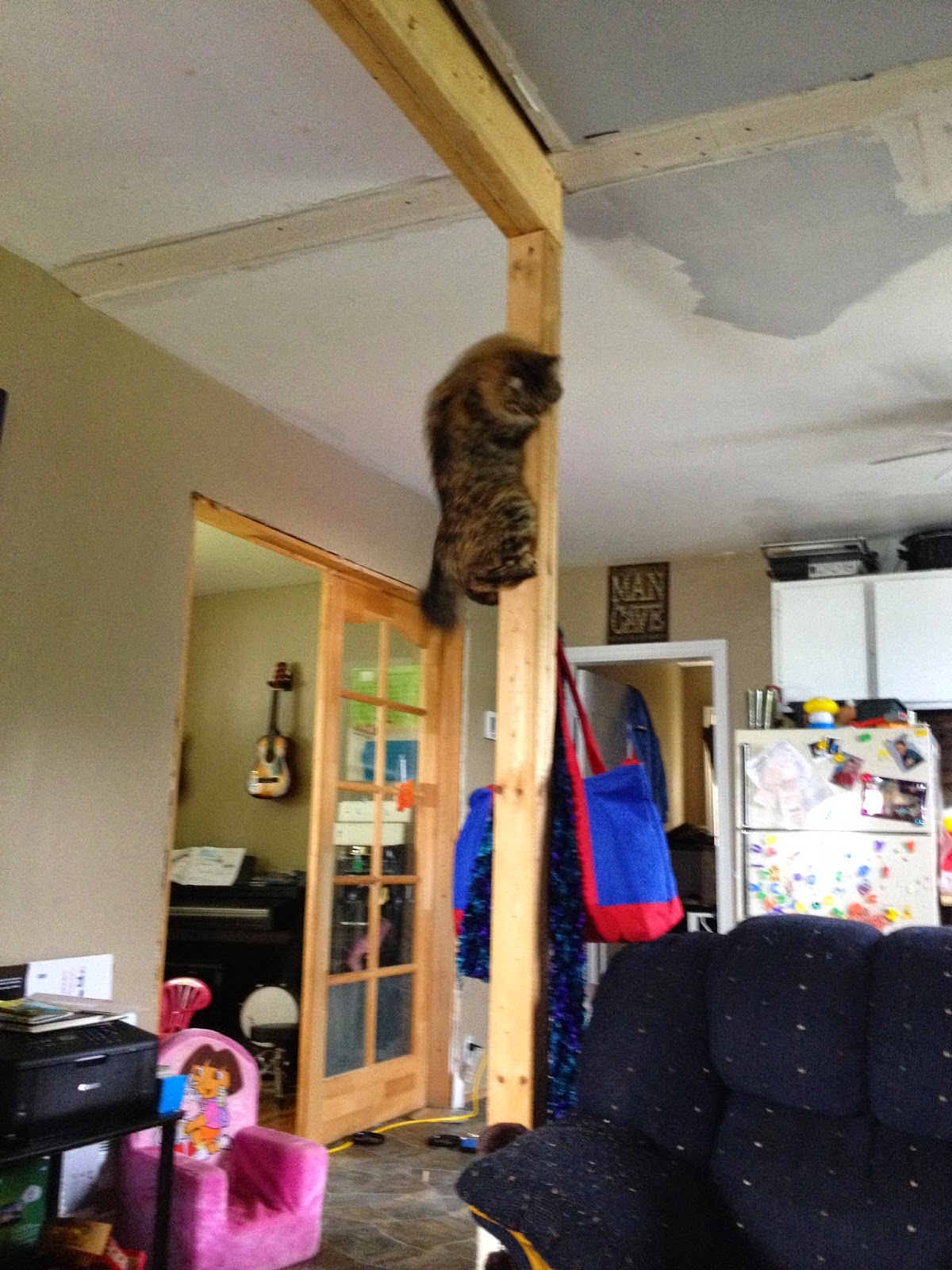 Since what the humans have dubbed "the fiasco" with me getting into and then sitting behind the CAR, my outside time has been sorely lacking.  They seem to argue over whether I can handle myself out there with other CARs on the road, and although I can't speak cave-man, I have heard such utterances as: smushed, flattened, and speed-bump.  The only one I really recognized however, was creamed. My view on this is definite.  Cream is delicious, with a richness and coolness that really satisfies, especially on a hot day.  So I say more cream, and if that helps me get back outside, then so be it.

While I am locked away in my prison, with only 4 mice, a ball, a cat tether, a string, and the two mini-humans poking at me for entertainment, I get bored easily.  There is a tree in the room, however, being locked indoors has depressed it enough to have caused it to shed it's boughs, leaves, and bark.  I really don't find it that oppressive in here, so I sincerely hope that in time, it won't come to me losing my luscious fur, whiskers, or cute ear tufts.  I tried to help it by making it feel more like the outdoors.  Therefore, I started up, up...wait a second, I thought, who put this ceiling in my way? incensed that the humans don't even want me to have a little fun, I looked down at them, explaining my predicament.  "There is something in my way, move it." I encouraged them.  Not a one of them moved.  The really large one ordered "Bonesie, get down".   That one I recognized.  "Get down" is a common human topic of conversations at very inopportune times, you know, when one is on top of the table trying to sample what the humans are feasting on, or when one is hanging from the shower curtain.  All in all, very rude.

Meanwhile, the not-as-big-as-the-other-big-human seemed excited by my my low altitude climb. Poor human, it has likely never had it's feet off the ground. It doesn't know any better, I'm sure.  But in this moment, yet another name was formed based on my perfection, agility and general awesomeness.  "Parkour Kitty." I don't know what it means, but it makes me feel powerful.  I think it has to do with my often being taller than the humans. I like it and I hope it sticks.  I also hope that it is the last nick name.  Humans seem to love naming things, why does anyone need more than one.  It's like food.  There are kibble and can. Oh, and water.  Who needs more...and now I am hungry.  Perhaps I will come down from my lofty location and turn to my bowl.  Hey human, you wouldn't move the ceiling, but perhaps I can give you a task that you can more easily manage...feed me.
Posted by Unknown at 18:33