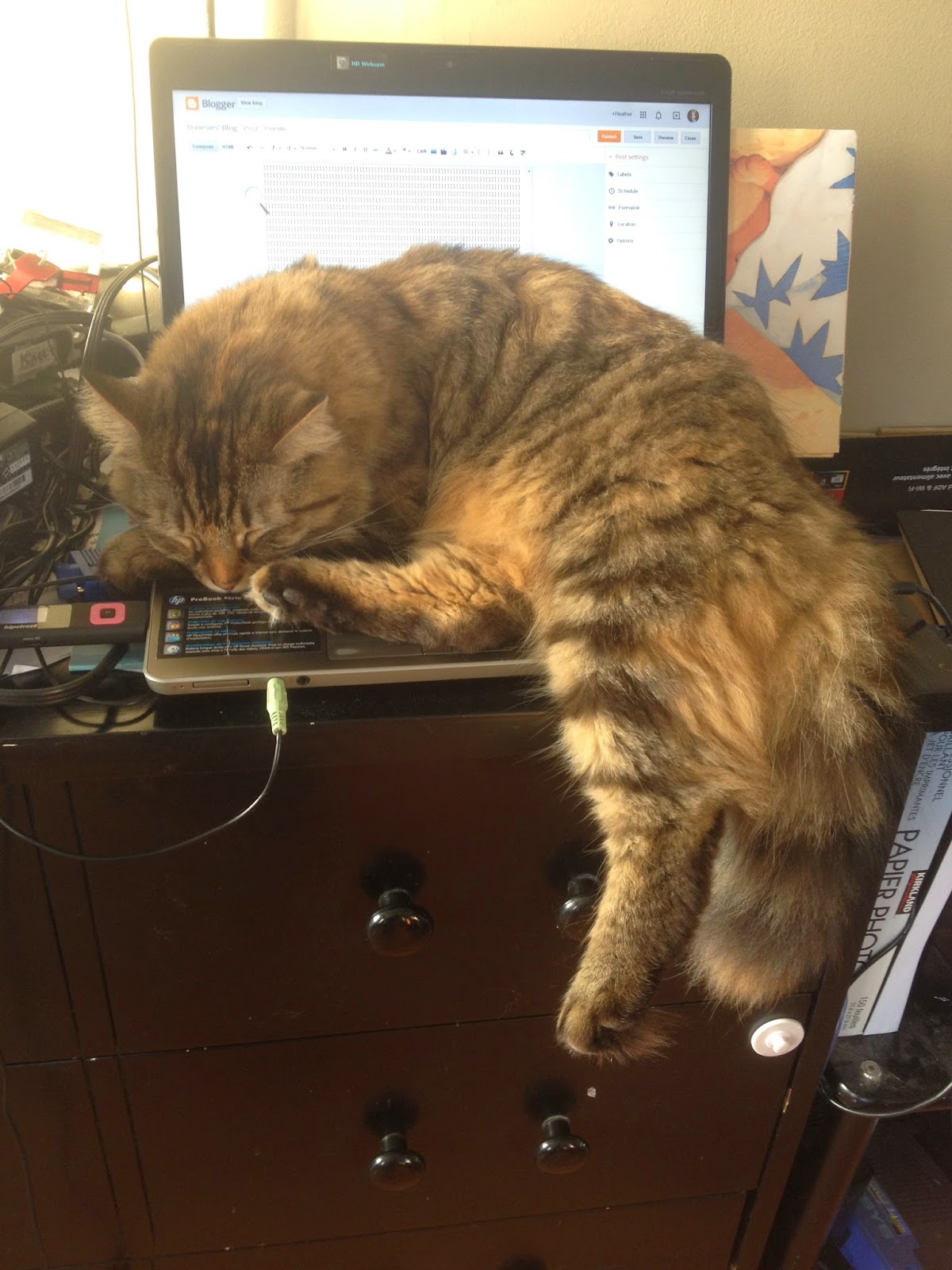 Ah, the weekend. The time when all of the humans are under paw, and it's non-stop work being chased by the mini-humans.  The constant poking and prodings today have gotten out of hand on account of the red-dot device being dropped somewhere the mini-human can't reach.  Poor little soul, it screeched and yelled very impressively until one of the larger humans put a stop to it.  I was actually touched. To think, the mini-human admires me so much that it tried to adopt the ways of the cat, and cry without stopping to breathe, as if it were in heat.  I can only assume the older human threatened to take it to the vet if it didn't cease and desist it's beautiful yowling...in any case, it found something else to do.

And so I find myself resorting to old-fashioned attention grabbing.  More people sitting on the couch means more legs, preferably wearing black, that I can rub my fur against.  If the humans are wearing some body-coverings that my fur is less likely to stick to, then I can always depend on the weekend to bring with it piles of freshly folded and laundered things on the bed.  These are usually laid out in convenient little towers that I enjoy either knocking over or sleeping on and between.  I prefer to share my scent and distribute my loose fur equally to all of my humans' things.  I also like the weekends because I get an extra bowl of milk for a special treat, however with more humans and commotion, there is also a greater chance of it being knocked about and wasted on the floor.

The mini-humans chase me for a bit, but since they are also bi-pedal now, and I have to admit, faster than when they were on all fours, they are so slow that it's hardly a challenge to stay out of reach.  Sometimes I stop and sit for a second before taking off again, just to let them catch up.  I find that I have to let them feel as though they are doing well, in order for them to continue the game.  I have to be careful though.  I had the need to scratch at one point, and couldn't resist the urge to lick the offending itch.  However, I got a bit carried away, and the smallest human almost caught my tail.  \If the thing actually succeeds in grasping it in it's miniature clutches, I know I am in for at least some loss of fur, as it is always very reluctant to release me.  My poor tail aches for hours after that, thank goodness the big humans have fitted the doorway with a baby jail, so the offenders are stopped at the entrance way.  I am lithe enough to jump over easily, however, the little ones are caught at the bars.

For now, I will ponder life and all it's enormity.  Perhaps I will find a way to open cans without the use of opposable thumbs.  Until then...feed me.