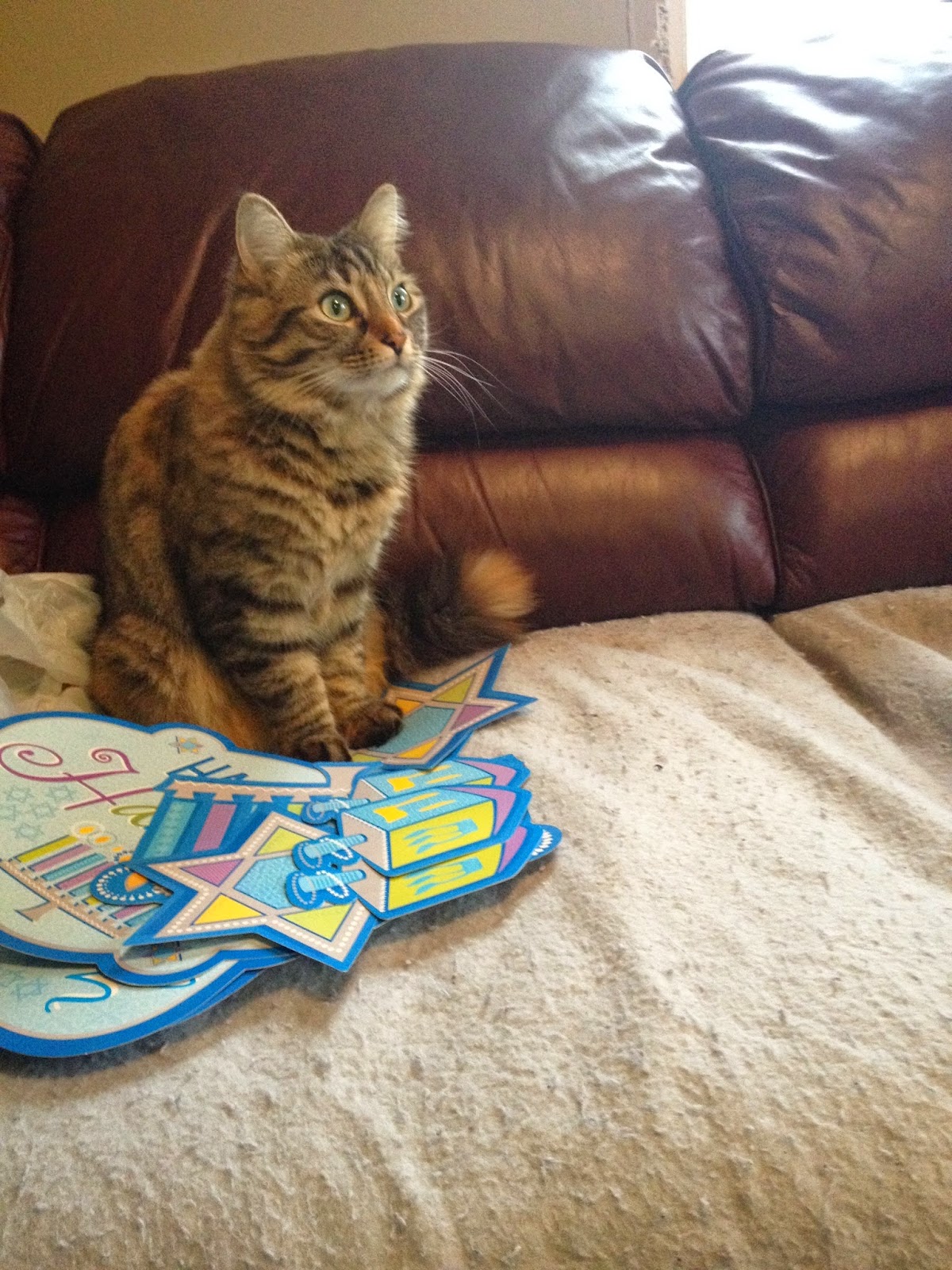 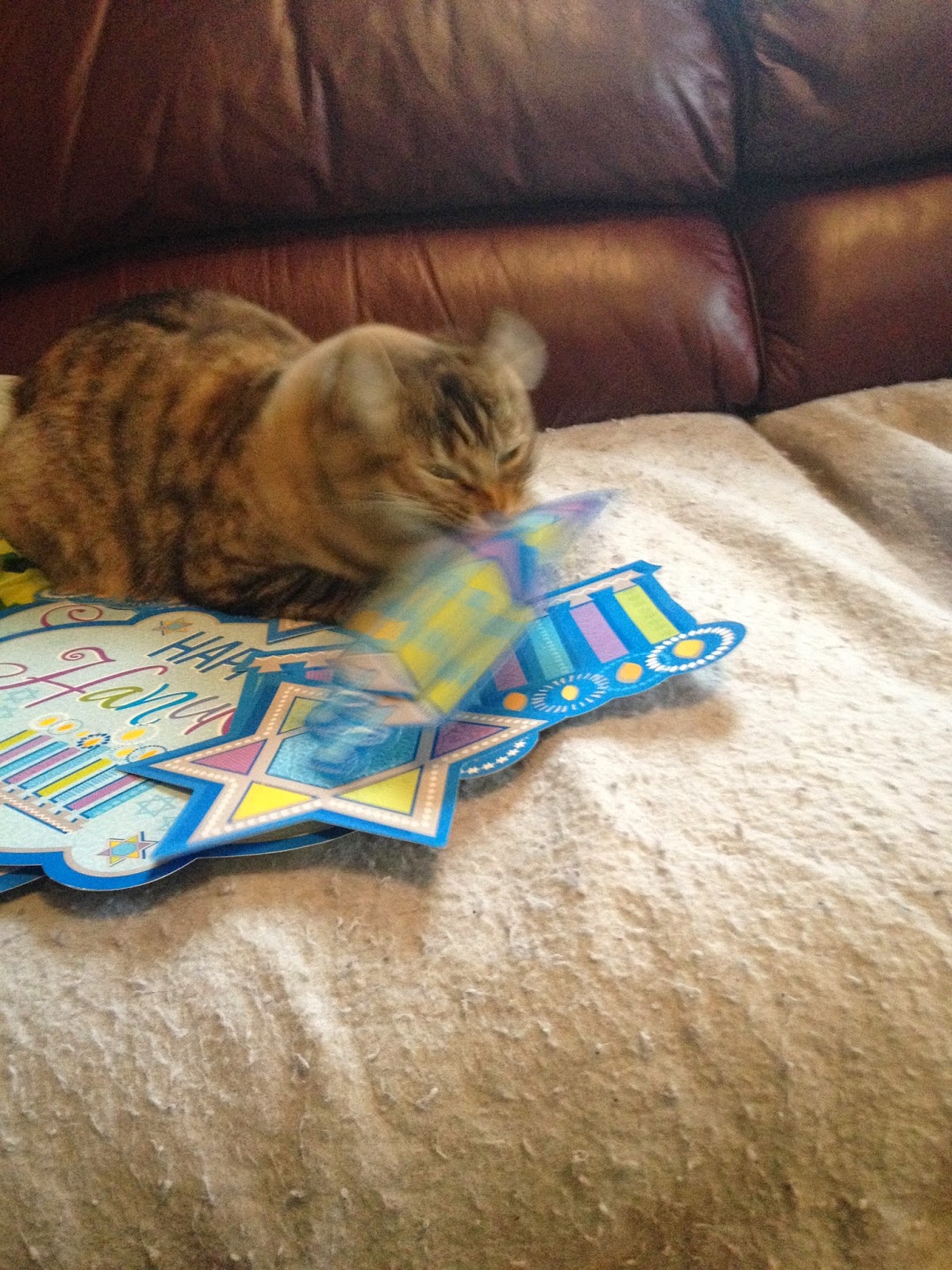 This "family" (as they call themselves), of humans and one other fantastic feline, is the second herd of humans I have lived with. Every year around this time, my other humans would bring a tree indoors. Now, this would seem like a wonderful idea at first thought, though without the birds in the branches to pursue, and with only eight foot ceilings, it doesn't afford quite the experience as a tree in the outdoors.  Plus an indoor tree does not allow for the fragrant breeze blowing through one's fur.  In any case, the bonus was that when they brought it in, they would hang little plastic play things and yummy tinsel all over it. Eating tinsel, although addictive, can be embarrassing the next day, when wherever you go, the humans seem to magically know what you have done.  I don't know how they know, only that it always seems to come out in the end.  Climbing this tree can be tricky too, for these trees are weak, and tend to fall over.  This does add a dimension of danger and exhilaration to the activity, however, getting banned from the room in which the tree resides means that you can't bat the balls off of the lower branches later.

My current humans however, celebrate a new holiday.  These decorations were placed lovingly in piles for me to sit or bask on while they stuck them to the walls.  I felt very proud when I dislodged one from partway under the pile I was sitting on, and the large human said I was "helping".  It's moments like these that really make me feel like I am part of their herd too.  For the past three nights, they have been singing beautiful songs, and lighting little fires all in a row.  I have no urge to go near them, I wouldn't want to singe my tail or whiskers, but afterwards, the mini-humans rip apart brightly coloured paper, and throw it around, and this game, I can get into.  If I get a good enough run at a particularly large chunk, and leap at just the right second, I can land on it and ride it clear across the room.  I also appreciate that they ball little pieces of the stuff up so that I can chase it around.  They'll even lovingly send a ball rolling across the floor for me to pursue.  I catch it, bite it a little, then return to my human and sit, waiting for them to go get it and do it again.  They often don't.  They're not necessarily the brightest candles in the menorah.  Sometimes I'll bat it back towards them, but I pounce on it again before they can get it away from me.  Once or twice, I even let the humans think they're winning.  Why not, everyone deserves a gift now and then.  Perhaps, if I'm lucky, I might even receive a nice can of something, or a packet of treats.  Now that is something worth celebrating.

Whatever your reason to celebrate, enjoy your time with your herd and your cats, and enjoy responsibly so you don't forget that my cans won't open themselves.