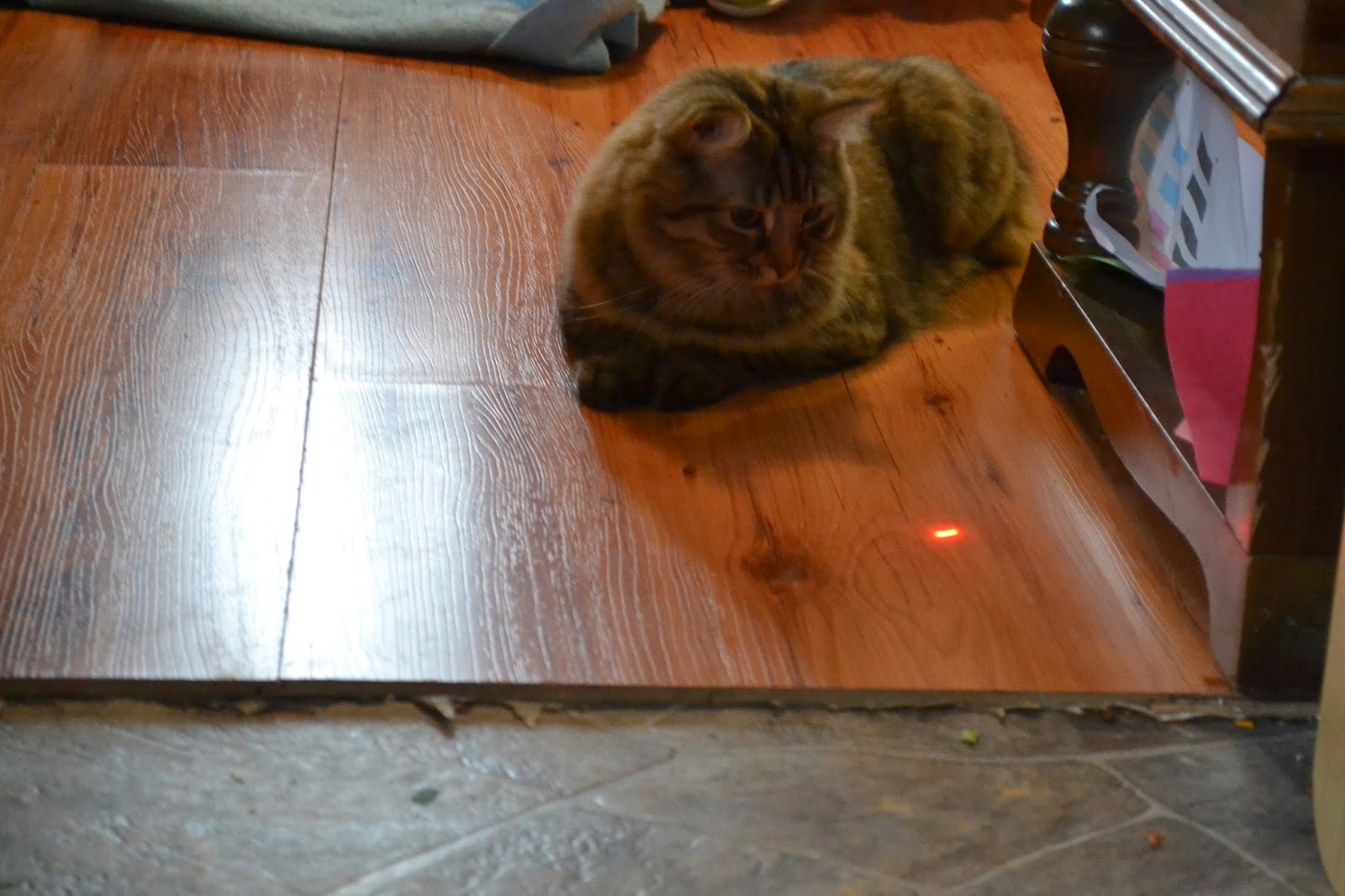 The little red dot is magnificent.  It is also doomed.  So far it has eluded me, but it's only a matter of time until it is firmly under my paw.  I thought I had it once, but upon lifting a paw to eat what was concealed there, I fell into a state of puzzlement when I saw the space was indeed empty. The red dot had vanished.  I don't know what it is, or where it came from, but there's something about it that really gets me going.

It often appears when the larger of the two mini-humans is around. There is a brief instant of silence, followed by a tell-tale click, then let the games begin!  The dot appears and I am instantly trailing it with grace and speed. Sometimes I wait for it and try to lure it closer.  I pretend to ignore it, and sometimes, I add a tail swish for added effect.  It slowly draws closer, and I am tempted to end it, but I allow it a few more seconds to live.  I let it get right beside my paw.  I find if I stay really still, or feign looking in the opposite direction, it will come even closer.  I lazily reach out a paw.  It runs away, fast.  I'm off!  I circle around the train table, but it doesn't stop.  Up over the hope chest, past the couch, and under the coffee table I follow in hot pursuit, but it doesn't tire easily.  It crosses the rug, and now I can really get traction.  I leap, landing on the dot as it disappears beneath me.  Now I've got you! I elate, ready for my well earned meal.  Drats!  Nothing there again!

I hunker down with a frustrated patience that knows no bounds.  I know it will return again.  It is back, and this time the mini-human is as excited as I am.  It squeals in what I can only assume is delight at my prowess, and it prances on the spot like an over-excited canine.  Now this is where things get interesting.  I wait for the click, and then once again I am weaving in, over, and around anything standing between myself and the dot of insanity. This time the mini-human thinks it is a cat, and actually runs with me, trying to keep up. It chases the red smudge with me even though it appears to come from a device clutched in the little thing's hand. It brings to question the intelligence of the species.  On the bright side, perhaps there is a valid second reason for opposable thumbs.  Until we find out for sure though...feed me.
Posted by Unknown at 13:45